PASADENA—Leading futurist and science fiction author Ray Bradbury will speak at the California Institute of Technology's 106th Commencement ceremony at 10 a.m., June 9, 2000, on Beckman Mall on the Caltech campus. An estimated 402 students will be receiving Bachelors, Masters, and PhD degrees.

Bradbury is regarded by some as the most important figure in the development of science fiction as a literary genre. He has written more than 500 published works that include short stories, novels, plays, screenplays, television scripts, and verse. His work evokes the themes of racism, censorship, technology, nuclear war, humanistic values, and the importance of imagination. His reputation as a leading writer of science fiction was established with the publication of The Martian Chronicles, which describes the first attempts of Earth people to conquer and colonize Mars. Bradbury graduated from a Los Angeles high school in 1938. His formal education ended there, but he furthered it by himself—at night in the library and by day at his typewriter. He sold newspapers on Los Angeles street corners from 1938 to 1942.

Bradbury's first story publication was Hollerbochen's Dilemma, printed in 1938 in Imagination! magazine. In 1939, he published four issues of Futuria Fantasia, his own fan magazine, contributing much of the published material himself.

Bradbury's first paid publication was Pendulum in 1941 to Super Science Stories. In 1942, Bradbury wrote The Lake, the story in which he discovered his distinctive writing style. By 1943, he had given up his job selling newspapers and began writing full-time, contributing numerous short stories to periodicals. In 1945, his short story The Big Black and White Game was selected for Best American Short Stories.

Since 1985, Bradbury has adapted 42 of his short stories for "The Ray Bradbury Television Theater" on USA Cable. His creativity has also found expression with Walt Disney Enterprises, where he designed the Spaceship Earth exhibition at Epcot Center, and he contributed to the conception of the Orbitron space ride at Euro-Disney, France. He was creative consultant for the design of the Glendale Galleria, the Westside Pavilion in Los Angeles, and Horton Plaza in San Diego.

Bradbury's awards include the O. Henry Memorial Award, the Benjamin Franklin Award, the World Fantasy Award for Lifetime Achievement, and the Grand Master Award from the Science Fiction Writers of America.

Of himself, Bradbury says he "writes every day with joy," and if there is a theme to his life, he says it is: "Don't criticize, offer alternatives, build up, don't tear down." 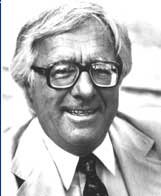