PASADENA-Tom Brokaw, anchor and managing editor of NBC Nightly News with Tom Brokaw, will be the 1999 commencement speaker at the California Institute of Technology.

This year's ceremony begins at 10 a.m., Friday, June 11, on Beckman Mall on the Caltech campus. Approximately 200 undergraduates and 330 graduates are expected to receive their degrees.

The sole anchor of weekday NBC Nightly News since 1983, Brokaw has also anchored The Brokaw Report (1992-93), a series of prime-time specials that examined critical issues facing the nation. He also coanchored the prime-time news magazine Now with Tom Brokaw and Katie Couric (1993-94).

In addition, Brokaw has played an active role in many other prime-time NBC news specials and in-depth reports. In June 1997, he anchored the Dateline NBC documentary special, "Tom Brokaw Reports: Why Can't We Live Together," which examined the hidden realities of racial separation in America's suburbs. Brokaw earned an Alfred I. duPont-Columbia University Award for excellence in broadcast journalism for this special report.

Brokaw has received numerous awards for his work, including a Peabody for his report entitled "To Be an American." He also received an Emmy for his "China in Crisis" special report, and for his reporting on the 1992 floods in the Midwest. In 1990, he won a National Headliner Award >from the National Conference of Christians and Jews for advancing the understanding of religion, race, and ethnicity.

In December 1998, Brokaw wrote his first book, now a number-one bestseller, The Greatest Generation, an exquisitely written account of the generation of Americans born in the 1920s who came of age during the Great Depression, fought in the Second World War, and went on to build America. The Greatest Generation was also the subject of an NBC News documentary special that aired in January 1999.

Brokaw has received honorary degrees from a number of universities, including Notre Dame, Duke University, Washington University in St. Louis, Boston College, the University of Pennsylvania, and Fairfield University. He is on the board of trustees of the University of South Dakota, his alma mater; the Norton Simon Museum; and the American Museum of Natural History. He also serves on the Howard University School of Communications Board of Visitors.

Brokaw joined NBC News in 1966, reporting from California and anchoring for KNBC, the NBC television station in Los Angeles. From 1973 to 1976 he was NBC's White House correspondent, and from 1976 to 1981, he anchored NBC News' Today. An acclaimed political reporter, Brokaw has covered every presidential election since 1968. Brokaw began his career in journalism at KMTV, Omaha, after graduating >from the University of South Dakota in 1962. In 1965 he anchored the late-evening news on WSB-TV in Atlanta.

The media and general public are invited to attend the commencement. For more information, contact Caltech Media Relations. 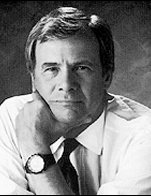