The Resnick Sustainability Institute—Caltech's hub for projects aimed at tackling some of the toughest sustainability-focused problems our society faces—played a key role in Caltech's Earth Week celebration, during which various events were held to show support for environmental protection and achieving a sustainable future.

For example, on April 19, Resnick fellow Bryan Hunter gave a talk on "The 21st Century Solar Army," which focused on his volunteer work with Caltech's NSF Center for Chemical Innovation in Solar Fuels. Among CCI Solar's volunteers are Resnick postdoctoral scholars Bradley Brennan and Sonja Francis, whose efforts have included working with school teachers to show them how to build and test simple and cheap solar cells; the teachers then take these activities back to their classrooms.

Recently, postdoctoral scholar Christopher Prier and his colleagues in Frances Arnold's laboratory described a method for the synthesis of valuable amines using engineered variants of cytochrome P450, a common iron-containing enzyme, in the journal Angewandte Chemie. Because enzymatic processes are typically environmentally benign, Prier notes, his work contributes to the greening of chemical synthesis.

Francis and colleagues described in the journal ACS Catalysis a new catalyst made of two metals, nickel and gallium, which can be used for converting carbon dioxide and water into hydrocarbons like methane, ethane, and ethylene. Currently, no electro-catalyst exists that can convert carbon dioxide with both high efficiency and selectivity to hydrocarbons or even alcohols, Francis notes.

Learn more about the Resnick Sustainability Institute at Caltech at http://resnick.caltech.edu. 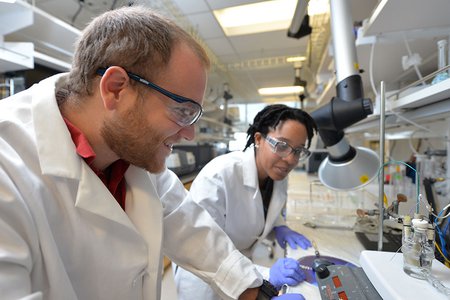 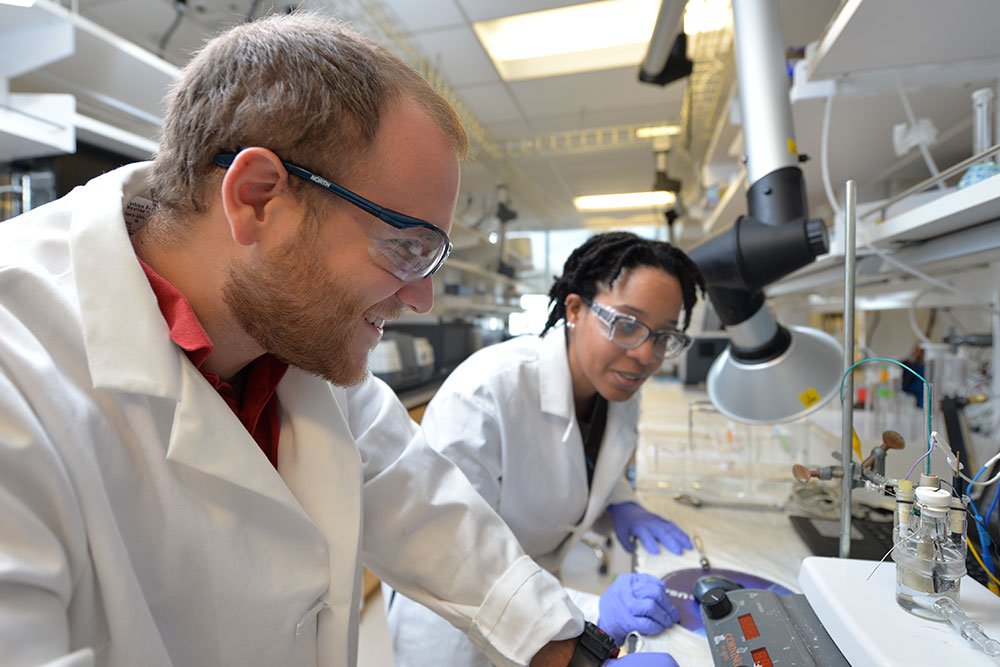