Julia Greer, professor of materials science, mechanics and medical engineering in Caltech's Division of Engineering and Applied Science, creates materials out of micro- and nano-scale building blocks that are arranged into sophisticated architectures that can be periodic, like a lattice, or arbitrary. Described as "architected materials," they sometimes exhibit unusual properties. For example, Greer has created ceramics with foam-like recoverability, lightweight but ultrastrong frames that can bounce back after compression, and mechanically robust batteries.

Working with Yong-Wei Zhang of the Institute of High Performance Computing in Singapore, Greer has determined that the failure of architected materials—the point at which they break when compressed or stretched—can be described using classical continuum mechanics, which models the behavior of a material as a continuous mass rather than as individual (or "discrete") particles.

This finding implies a duality to the nature of these materials—in that they can be thought of both as individual particles and also as a single collective. Greer and Zhang's findings were announced in a paper published by the journal Advanced Functional Materials on December 13.

What has been the problem so far?

Architected materials are interesting to engineers because of their often unusual properties,  but their behavior can be difficult to predict. It is impossible to know how they will respond to stress until they are created in a lab and tested. As such, the creation of these materials has been largely trial and error: researchers would dream up new lattice structures and then crush and stretch them to see how strong they were. While this process has led to some interesting discoveries, being able to predict how a given lattice will perform under pressure before actually building it would make it easier for engineers to create purpose-built materials.

How did the team demonstrate the dual nature of architected materials?

The team fabricated a lattice of hollow, 50-nanometer-thick aluminum oxide beams, and then conducted "failure" tests: they placed the lattice under tension and recorded when and how it cracked. The tests showed that the material has a strength-over-density ratio, or "specific strength," that is four times higher than that of any other reported material to date.

Importantly, the failure tests allowed the team to create a theory for how architected materials fail in general."This new analysis gives us a very powerful approach to designing new materials that are particularly resistant to damage and tearing while maintaining exceptionally low weight," Greer says.

Why does this matter?

Understanding when and how a material fails is critical if it is to be useful in real-world applications, where it would never be pushed beyond the failure point. Such information allows for the creation of new materials that are lighter and stronger than any yet produced—and that will fail in simple, predictable ways. By contrast, many conventional (that is, non-architected) materials fail suddenly and in ways that can be difficult to foresee and describe, Greer says.

The paper is titled "Discrete-Continuum Duality of Architected Materials: Failure, Flaws, and Fracture." Other co-authors are former Caltech graduate student Arturo Mateos (MS '14, PhD '18) and Wei Huang of the Institute of High Performance Computing. The research was supported by the U.S. Department of Defense through Greer's Vannevar Bush Faculty Fellowship and the Army Research Office through the Institute for Collaborative Biotechnologies. 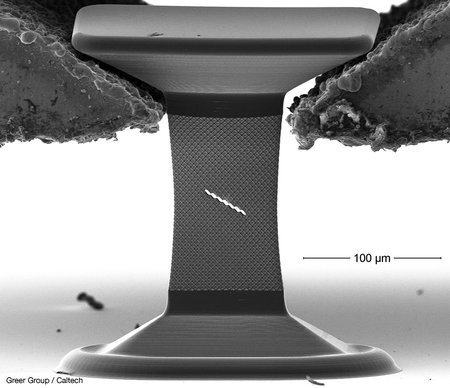 An architected material is strength-tested by stretching until failure. Credit: Greer Group / Caltech 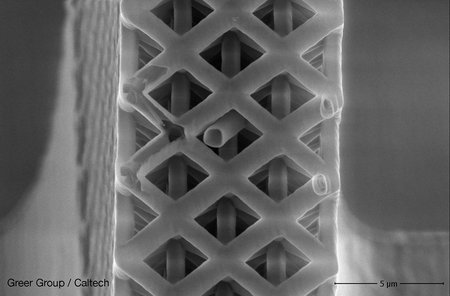 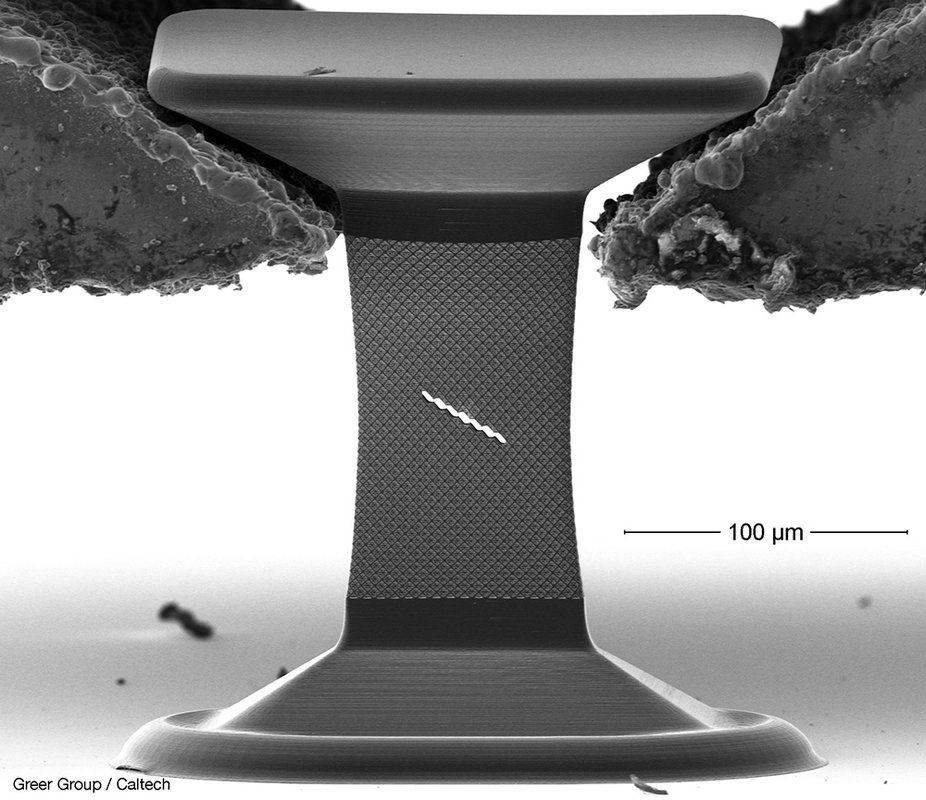 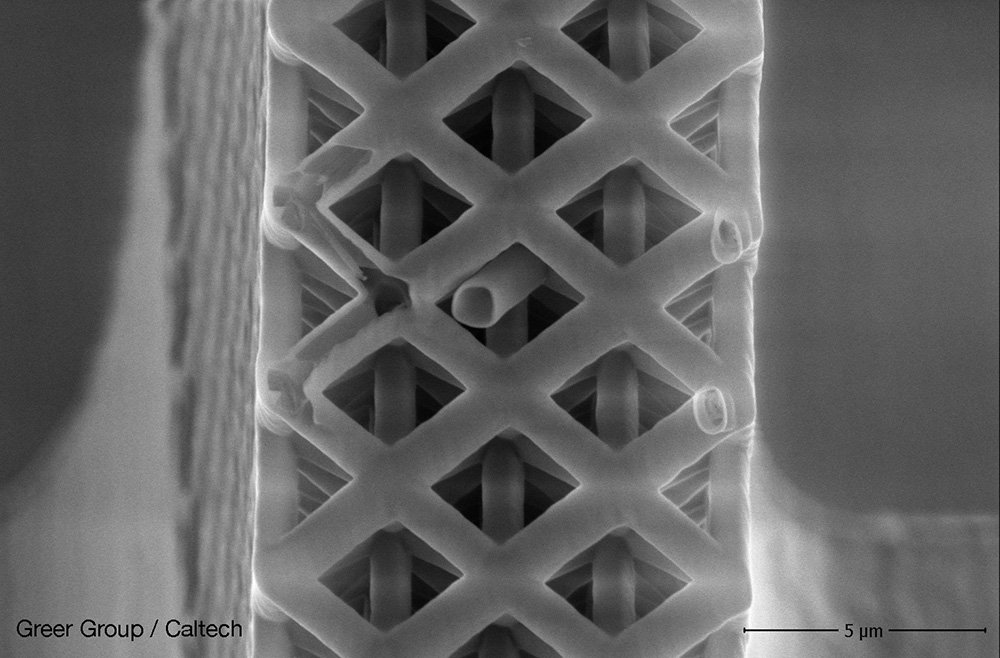