Reimagining a Community-Building and Mentorship Program for Incoming Students

For more than a decade, the Freshman Summer Research Institute (FSRI) has been a crucial equity-based program at Caltech, meant to ease the transition between high school and the Caltech experience for students from underrepresented or underserved communities. Each year, incoming freshmen have come to the Institute's Pasadena campus during the summer to gain experience with hands-on research and the kind of proof-based mathematics that lies at the core of a Caltech education. Because of the COVID-19 pandemic, the Caltech Center for Inclusion & Diversity (CCID), which hosts the program, could not bring this year's cohort to campus. "People were excited to come to Caltech, and all of a sudden they couldn't physically come," says Hanna Song, senior director for inclusion & diversity. "How can we create a community within our incoming first-year students, especially those who are underrepresented? That was our challenge."

The virtual version of FSRI that Song and her team, in conjunction with faculty from across campus, designed more than met that challenge, allowing for a larger pool of students to join than ever before (up from 22 in 2019 to 32 in this summer's program) and opening up a variety of new opportunities. "FSRI has been a grind, but it's been fantastic and completely worth it," says incoming first-year Leo Williams. "Despite being so far apart and never meeting in person, through all the classes and virtual hangouts, I feel like I've found a family with FSRI."

In its in-person incarnation, FSRI consists of a four-week intensive on-campus math course and a five-week summer research assignment in which each incoming student is matched with a Caltech graduate-student or faculty mentor. To create an online version of the FSRI research component, CCID worked with Justin Bois (PhD '07), Caltech teaching professor of biology and biological engineering, who runs a three-week computer programming boot camp in the Python language for his graduate students and postdocs. Bois tweaked the programming boot camp for the FSRI students, giving them not only a jump-start on their computer science education but also a way to contribute to data-heavy research projects across the Institute and JPL (which Caltech manages for NASA) by assisting with data analysis. Matching students with JPL mentors was something that would not have been possible with the on-campus version of FSRI, Song notes, because of the logistical challenge of transporting people to the Lab's secure location.

One of this summer's students worked with physics graduate student Rhondale Tso, who is affiliated with the Laser Interferometer Gravitational-wave Observatory (LIGO) project that was the first to observe gravitational waves; the student contributed to Tso's research investigating astrophysics and relativity through gravitational-wave observations. Another mentor, postdoctoral scholar in planetary science Juliette Becker, challenged her mentee to use Python to search data sets for exoplanets and then run computer simulations to understand their orbits. Virtual FSRI featured faculty mentors as well. One student worked with Allen and Lenabelle Davis Professor of Economics Federico Echenique who seeks to improve algorithms that match organ donors to recipients to make the process more efficient and save more lives.

Not all the projects were entirely virtual. Mike Vicic (PhD '99), lab course instructor for chemistry and chemical engineering, used his experience adapting his courses for remote learning to help FSRI organizers and mentors adapt their research into projects that could be done safely from FSRI students' homes under the unusual circumstances of the COVID-19 pandemic. With Vicic's encouragement, visitor in geobiology Gabriella Weiss taught her mentee how to collect water samples while hiking and send them to campus for in-lab analysis. Graduate student Suzy Beeler, who studies competition among E. coli bacteria, taught her student how to recover DNA by using simple strawberries. "You need rubbing alcohol, dishwashing detergent, and fruit, and then something to collect the DNA with, like a toothpick or a shish kebab skewer," Vicic says. "And that's pretty much it."

FSRI's math component introduces Caltech's approach to the discipline, which is driven by proofs and a group approach to problem-solving, and can be daunting for new students.

To make the mathematics section work remotely, says Taso Dimitriadis, FSRI Director, the organizers built upon resources that Caltech had already established. For example, all incoming first-years can take the online Math 0 course in the summer before coming to campus as an introduction to Caltech mathematics. This summer, FSRI math lecturer Robert Pelayo (PhD '07) created a program that gave the FSRI students a two-week head start on Math 0. The students participated in a two-hour math boot camp four days a week that featured prerecorded math lectures on video, which allowed students to learn at their own pace. The math class ended with a TA-led small-group workshop, with 10 or 11 students per group or "pods."

The students also participated in the iPad loaner program, which the provost's office had made available to Caltech undergraduates when remote learning became the norm during the spring term. This gave FSRI students from disparate locations and time zones the opportunity to collaborate, an essential part of the Caltech learning experience.

This emphasis on collaboration also helped the pods of students form connections. In previous years, FSRI's impact on new first-year students was not only academic but also social. Students went through their math training together, traveled around the Los Angeles area on trips, and formed a community long before the first day of the fall term. This year, Dimitriadis says, "it has been challenging to form a cohort remotely because the common experiences are so separate." So, the Center for Inclusion & Diversity had to be creative in designing remote ways for people to connect. "We're doing a talent show, we've done group mixes and matches, like friend dates. We've done scavenger hunts and a bunch of games that you can do online to facilitate community building."

Says incoming first-year Angelina Torres: "Having to connect over the internet didn't mean that the FSRI community couldn't bond, it just meant that we had to work hard to find new ways to bond. In the end, I feel like I've been able to make lasting connections with my mentors and peers just as I would have if FSRI were held in-person." 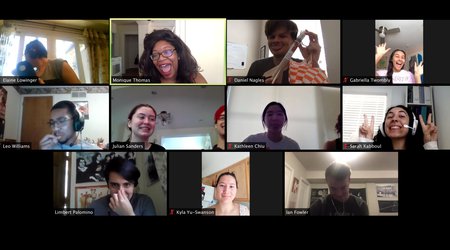 FSRI students have a moment of fun over Zoom Credit: CCID
Image Lightbox 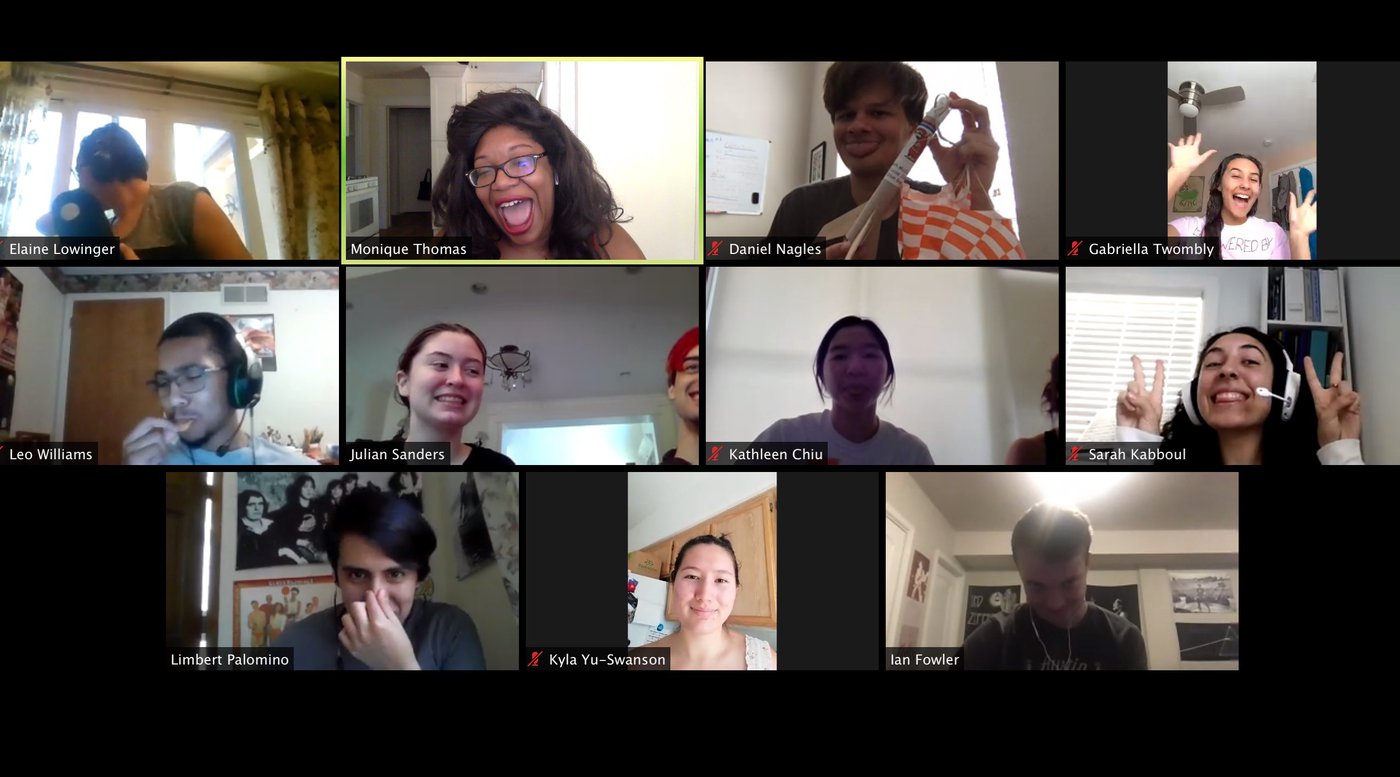